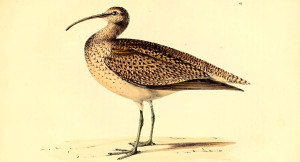 The disappearance of the Eskimo Curlew exemplifies the enormous threat that humans have posed to shorebirds and their habitats over the last 150 years. Once tremendously abundant, these birds were hunted to extinction in the United States during their north- and south-bound migrations between Canadian tundra breeding sites and South American grassland wintering areas. Curlews were not alone. Almost every other shorebird species using the Atlantic Flyway was at one time hunted for their commercial value or for unregulated sport. By the 1930s, many species were in serious decline. As the Eskimo Curlew declined toward extinction, many others like the American Golden-Plover and Buff-breasted Sandpiper came perilously close to oblivion before anyone recognized the need for shorebird conservation. Along the Atlantic Flyway, it wasn’t just the migrants that were in peril. Locally-breeding species like American Oystercatcher and Willet were also hard hit. We had nearly eliminated an entire suite of species that represented the wildness of our coastlines.

Over the years the plight of these birds began to be recognized. Such recognition became poignant to many avid shorebird hunters who helped spur the birth of a new conservation ethic and inspired protective laws that allowed populations of most shorebirds to begin recovery. As a result of their call to action, we were given another chance to demonstrate our capacity as stewards for these masters of migration and ambassadors of the special places where land and water meet. 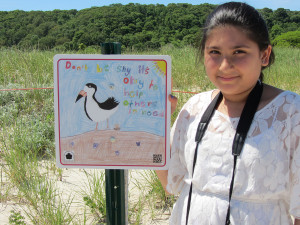 Now, shorebirds are in trouble again. Threats to shorebirds have become more diverse and widespread in recent decades and pose serious conservation challenges. The collapse of the Red Knot population; the sharp decline of Whimbrel in the mid-Atlantic; and a free-fall in numbers of Semipalmated Sandpipers wintering on the coast of South America, have all taken place during only the last twenty years. Cumulative stresses from human population expansion and commerce, particularly along coastlines, are limiting survival of shorebirds throughout the entire Atlantic Flyway.

But there is hope. Recent conservation gains, achieved for beach-nesting species show that we can reverse these downward spirals across the flyway. However, we must act fast and undertake our own collaborative, far-reaching call to action. The Atlantic Flyway Shorebird Initiative identifies major threats and detailed steps needed to reverse shorebird declines and prevent a second, potentially far more extensive wave of shorebird extinctions.

Shorebirds cross thousands of miles each year from the barren tundra of the arctic to the wind swept beaches of Tierra del Fuego in the southern hemisphere. The majority of shorebirds breeding in Alaska and Canada spend their non-breeding period in South American or Caribbean countries.

During migration, shorebirds face a multitude of challenges including:

The following threats are addressed in the AFSI Business Strategy. Partners are confident that alleviating many of the threats detailed in the strategy will reverse shorebird declines in the Atlantic Flyway. 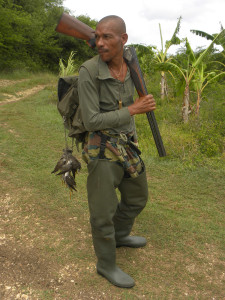 There is a pressing need to better understand the geographic scale and rates of harvest to determine how hunting affects shorebird populations.

Hunting at Caribbean and South American stopover and wintering sites is substantially contributing to shorebird population declines in the Atlantic Flyway.

There is a pressing need to better understand the geographic scale and rates of harvest to determine how hunting affects shorebird populations. With this information, projects will focus on:

Implementing these strategies will ensure that shorebird hunting is sustainable.

Human disturbance of shorebirds can decrease habitat quality and rates of survival. Recreational beach use, such as off-road vehicle use, is of particular concern. Projects to reduce impacts focus on:

Check out the Guidance and Best Practices for Evaluating and Managing Human Disturbances to Migrating Shorebirds on Coastal Lands in the Northeastern United States.

Partners are working with state and federal agencies to:

Important information about many shorebirds in the Atlantic Flyway are unknown, including:

These knowledge gaps threaten our ability to efficiently allocate resources to shorebird conservation and impede us from evaluating conservation successes.

Shorebird populations are at risk of declines due to climate change. Their long migrations which require large amounts of “fuel” may be vulnerable from: