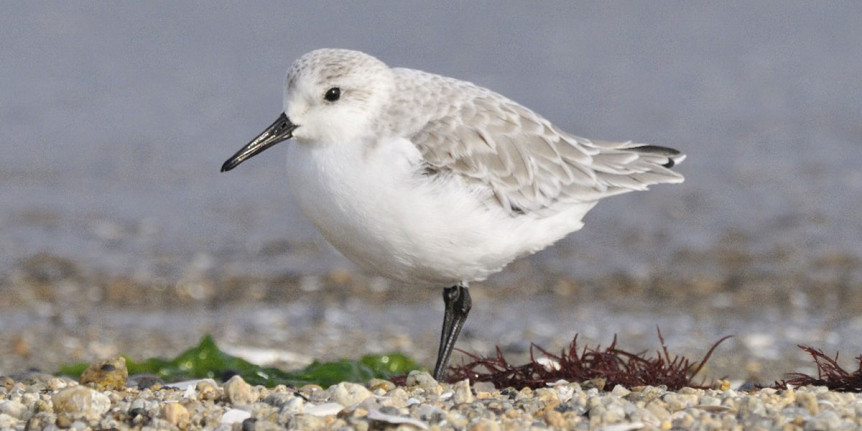 Even if you are not an expert on shorebirds, you have likely seen the Sanderling chasing the surf at the beach. Although Sanderlings will form tight flocks when threatened by a falcon, they often spar with each other over their sand flea prey. Sanderlings are cosmopolitan, meaning they breed throughout the High Arctic and are found on all continents except Antarctica in their winter.

Because they are so widely distributed, little is known about Sanderling population origins, size, or trend, and AFSI partners will work to fill this gap.