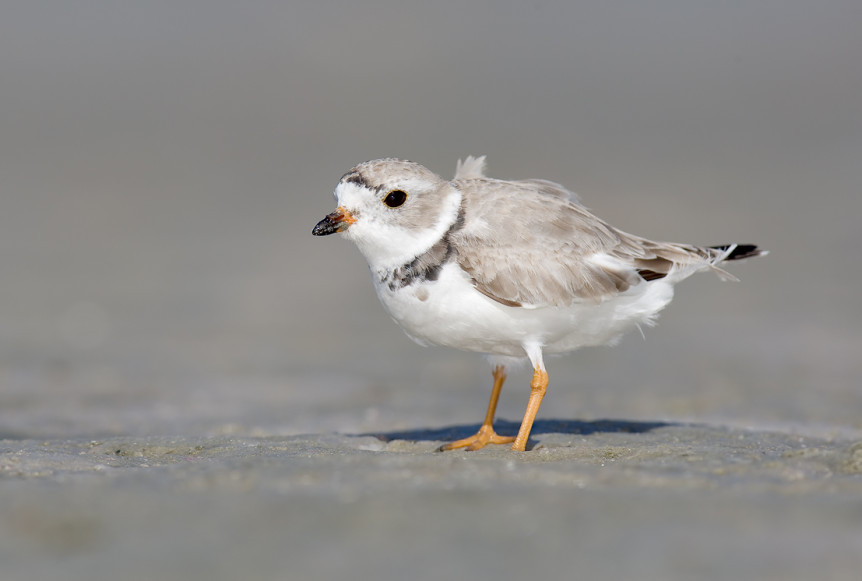 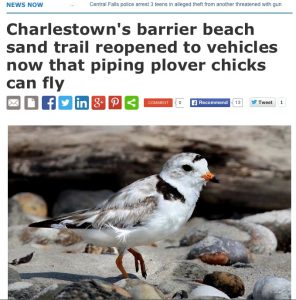 An example of a newspaper article included in the media analysis.

Research on the Media Portrayal of Piping Plovers Now Available

A new social science research paper on the media portrayal of piping plovers and their conservation on the Atlantic Coast of the US is now available from the journal “Oryx”.  The study “Threatened Species Being Blamed: Media Portrayal of Human Wildlife Conflict” by researchers from Virginia Tech, Cornell Lab of Ornithology, and the US Fish and Wildlife Service presents findings characterizing the tone and framing of media coverage. The implications of the results for plover conservation efforts, and more broadly other endangered and threatened species conservation, are discussed.

Highlights of the article include:

The abstract for the article is below, and the link to the journal article is here. The article is open access and can be downloaded for the next 2 weeks at no cost.

For more information on this research, contact corresponding author Dr. Ashley A. Dayer, Assistant Professor of Human Dimensions in the Department of Fish and Wildlife Conservation at Virginia Tech.

Recent literature has urged the conservation science community to distinguish between human–wildlife and human–human conflict. Mislabelling conflicts is thought to constrain problem definition and hinder appropriate solutions. New to this discussion, we studied how the media is framing conflict. The focus of our research was conflict surrounding conservation of a protected species. The piping plover Charadrius melodus is federally listed as threatened on the Atlantic coast of the USA. Our research focused on characterizing the tone and framing in media coverage of the plover and its conservation. We were interested in how the source of the conflict was framed: are the species itself, policies, or the government agencies administering legal restrictions blamed for the conflict? We analysed 725 articles (199 unique articles, not including those run by multiple media sources) written about the plover in the region during January 2014–September 2015. Articles were analysed qualitatively by two coders. We found the overall tone of the unique articles was most frequently positive towards the bird and/or its conservation (48%), followed closely by neutral (or balanced) articles (46%). Few articles were negative (6%). Nonetheless, framing that blamed a source for the conflict was present in 34% of the unique articles. The plover itself was blamed in twice as many articles as the policies or government agencies enacting the regulations. This framing was also the strongest predictor of article tone. Understanding how the media portrays piping plovers can help guide organizations interested in proactive media relations and other solutions to de-escalate this conflict.