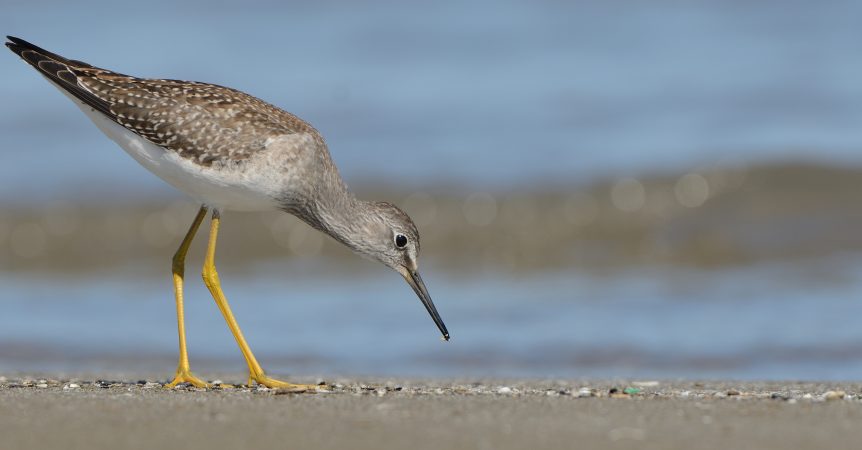 On July 22-23 2019, the U.S. Fish and Wildlife Service (USFWS), the Canadian Wildlife Service (CWS), the Office national de la chasse et de la faune sauvage (ONCFS) and the NGO BirdsCaribbean organized a workshop on the sustainable management of shorebird hunting in the Western Atlantic (or Atlantic Americas) Flyway. The meeting was held in Guadeloupe (an overseas department of France), prior to the BirdsCaribbean Conference.

The State of Canada’s Bird 2019 Report noted that shorebirds populations have declined by 40% since the 1970s, and the decrease is particularly pronounced for long-distance migrants. According to the Atlantic Flyway Shorebird Initiative Business Plan, shorebird harvest is one of the major threats to shorebird populations and the goal is to reduce hunting pressure by 30% by 2025.

Twenty-eight (28) delegates from eleven (11) countries attended the workshop, including representatives from the French Overseas Departments, the Caribbean, South America, Canada, and the United States. During the workshop, participants shared information and updated each other on the status of shorebird harvest throughout the flyway.

The meeting highlighted how hunting practices, regulations and current harvest levels vary from one jurisdiction to the other, which justifies a multi-prong approach to shorebird harvest management. For example, on most Caribbean islands, hunting is a regulated activity deeply rooted in local cultures, whereas it is a subsistence way of living and a supplemental income for many South American communities.

This meeting, organized under a Memorandum of Understanding among the USA, Canada and France on shorebird conservation, was also a great opportunity to engage with the hunting community of the French Overseas Departments.

During the workshop, participants agreed to continue working together and to engage all stakeholders on this issue. Future projects that were discussed included: 1) improving harvest estimates for Brazil, Suriname and Guyana and communicating results to appropriate government agencies; 2) increasing collaboration with hunters in Guadeloupe and Martinique to assess current levels of harvest and the origins of shorebirds using stable isotope analysis; 3) supporting conservation work in coastal zones (Mana rice fields) and implementing a hunting licence in French Guiana; 4) securing funds to convert shooting swamps into wildlife reserves in Barbados; and 5) investigating Western Hemisphere Shorebird Reserve Network designation of a key shorebird site in Trinidad and Tobago.