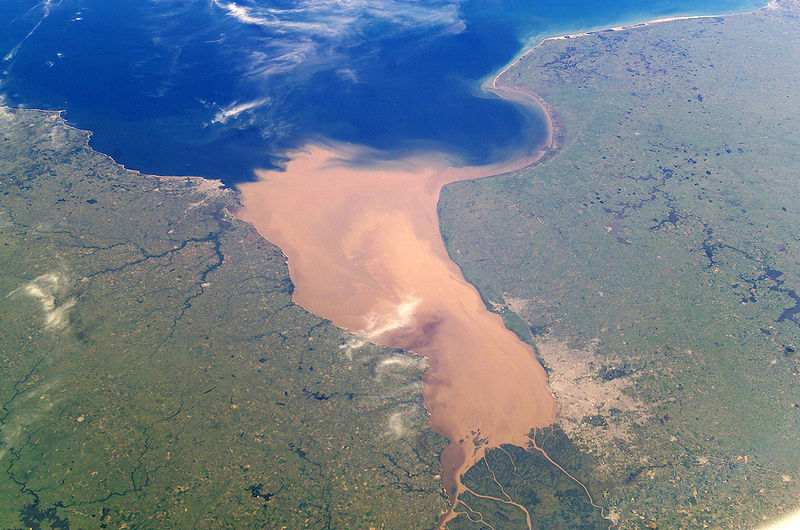 With more than 40 representatives present from national and provincial agencies, conservation organizations, and research institutes, on July 2nd and 3rd the first national workshop to develop the Argentine Shorebird Conservation Plan took place at the Aves Argentinas headquarters in Buenos Aires.

Organized by the Western Hemisphere Shorebird Reserve Network, Aves Argentinas, Fundación Humedales/Wetlands International, and with the support of the National Government Secretariat of the Environment and Sustainable Development, the event is one of the first steps for actors across the country to agree on guidelines, criteria, and actions for the conservation of shorebirds in Argentina.

Shorebirds are one of the most fascinating and most threatened groups of birds in the world. Most shorebirds are long-distance migrants, some species traveling between the Arctic and Tierra del Fuego every year. These epic migrations make shorebirds highly vulnerable, and sensitive to any disturbance of their habitats. Their survival depends on the limited number of sites they use as critical stopovers between their breeding and wintering grounds.

On global as well as regional scales, several shorebird populations are experiencing significant declines due to various human impacts negatively interfering with their annual life cycles. This is why the effective conservation of these critical habitats (such as wetlands and coastlines, among others) is so urgent, and the development of a national conservation plan has risen as a priority action.

In Argentina, more than 10% of the 49 species of regularly occurring shorebirds are facing conservation issues and threats. Argentina currently has nine WHSRN sites: two of Hemispheric Importance, four of International Importance, and three of Regional Importance.

In addition to focusing on critical wetland habitats for migratory shorebirds in Argentina, the plan will also focus on the natural history and conservation needs of austral migrants and resident Patagonian species, which have not been adequately researched and whose true population status is poorly known.

In recent years, various shorebird and wetland conservation projects have made important achievements at WHSRN sites in Argentina. Despite this significant progress, it is necessary to increase and strengthen the capacity of these initiatives throughout the country. In line with this federal planning and management, a collaboration between the WHSRN Executive Office, the Argentine National WHSRN Council, and the Argentine Government Secretariat of the Environment and Sustainable Development is beginning a participative, multi-sector process to design the Argentine Shorebird Conservation Plan.

This document, developed and validated through this collaborative process with WHSRN site partners in Argentina, institutions, key actors and relevant stakeholders in the conservation of shorebirds and their habitats, will integrate conservation actions on national, regional, and local scales. The Plan will help Argentina reach its international commitments as a signatory of the Convention on the Conservation of Migratory Species of Wild Animals, a contracting party to the Ramsar Convention, and part of the Atlantic Flyway Shorebird Initiative (AFSI).

“This plan is one of the environmental management actions that we are moving forward in the Secretariat of the Environment, with tools like integrated coastal management and marine spatial planning,” said Javier García Espil, National Director of Environmental Management of Water and Aquatic Ecosystems. “Together with the provinces, experts, and civil society, we are defining the priorities for conserving biodiversity and prioritizing the conservation of shorebirds, using the best available knowledge.”

Diego Luna Quevedo, Conservation Specialist with the WHSRN Executive Office, noted that “the Plan will contribute relevant information for decision making, regarding planning, land management, and environmental impact assessments, and will serve as an umbrella for further actions by the various actors and key sectors working for shorebird conservation in Argentina.”

Hernán Casañas, Executive Director of Aves Argentinas, stressed that “our country is a bottleneck along the Atlantic Flyway. It is the final destination for many species during the non-breeding season, and if don’t do something to conserve the beaches, wetlands, and grasslands that are vital for them, we will be contributing to their extinction. We cannot afford to lose these emblematic birds, as they unite communities and are an example of one of the most fascinating and mysterious natural phenomena on earth: migration.”