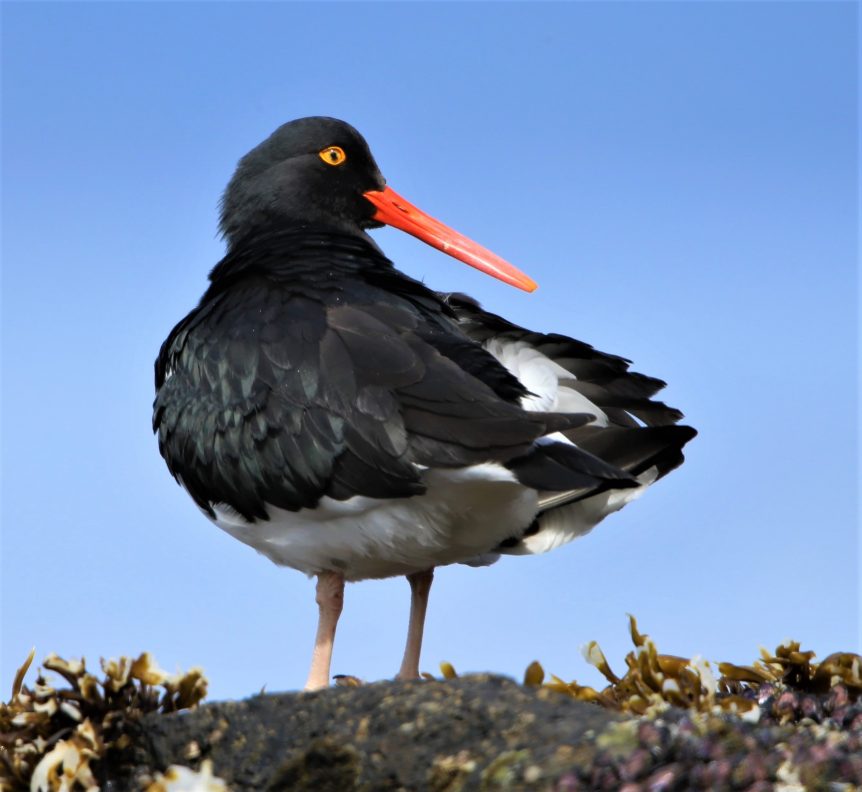 Right Now We All Need To Be Oystercatchers 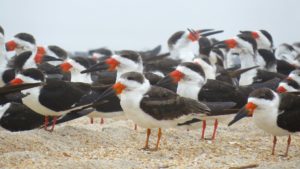 These are tough times folks. I hope this finds you and your family well and safe at home. For those who must go out to work an essential job – thank you! I’ve been reflecting on how the birds are doing their thing without any notice of how the human population is in turmoil. Migrants are arriving on the coast right on time and passing through our area as normal. The bluebirds at the Gulf Coast Bird Observatory have built a nest and have probably laid eggs by now. The Northern Parulas are singing their hearts out along the bayou. But maybe saying the birds are doing their thing without notice is incorrect. Turkey Vultures and other scavengers have probably noticed a lack of roadkill for feasting because there aren’t as many vehicles on the roads as usual. Wilson’s Plovers have arrived to nest on beaches that are devoid of humans. Least Terns too. They must be in heaven!

I’ve also been comparing and contrasting human behavior with bird behavior, especially with respect to two species that nest here in Texas and are often confused with each other. They look a lot alike. From a distance both appear as dark birds with orange on their bill. Both nest on the ground in shelly substrates on bay islands and are subject to the same threats in nest overwash, predation of eggs and chicks by gulls and mammals, and human disturbance. But they could not be more different in their social behavior.

We humans are most like the Black Skimmer, a black and white waterbird somewhat like a tern with a unique orange and black bill in which the lower mandible is longer than the upper mandible. They use that lower mandible to snag fish while they skim the water. Black Skimmers are colonial, which means they nest in a colony in very close proximity to each other. They like being together, just like us humans. Once their chicks can fly, the adults leave them to their devices and they must learn to survive on their own, but they are almost always found in social groups not related to their first family. I love Black Skimmers but right now, don’t be like the Black Skimmer. 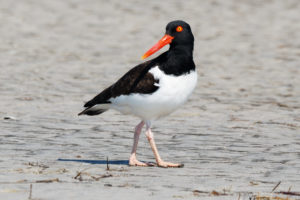 Contrast that with the American Oystercatcher, a large black, brown, and white shorebird with an orange bill. American Oystercatchers are not colonial. They are territorial. They will not let another oystercatcher, even another pair’s chick, enter their territory. They are fiercely protective of what they consider their piece of property and are pretty darn antisocial during the breeding season. It takes 28 days for the eggs to hatch and another 35 days before the young birds can fly. Even after the young birds can fly though, the family stays together as a group for many months while the young birds learn to feed efficiently. So maybe right now, just for a while, become one with the oystercatchers and stay safe. Just as the oystercatchers become more social when the breeding season is over (usually July or August), so will we become more social when the threat from covid-19 is past. Stay safe everyone and we will get through this together while six feet apart.